The Series Heritage Studies and it’s Advisory Board

The scientific quality of the series Heritage Studies is assured by a scientific advisory board. This board consists of internationally and interdisciplinary recognised experts who ensure the paradigmatic direction as well as the multidisciplinary approach of the series on the highest level. The following experts belong to the board. 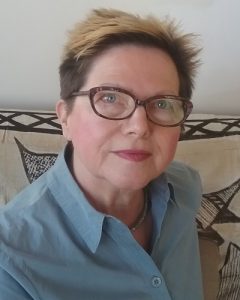 Aebischer, Ph.D., Verena is an Associate Professor in Social Psychology at the University Paris Ouest Nanterre la Défense and has been a guest lecturer in Germany, Switzerland, Italy, French Guyana, the US and China. Her work focuses on intergroup and intercultural relations and on social representations with a social constructionist backdrop. Her research interests and teaching spans a range of areas related to conflict management and gender equality, and has lately evolved into a particular interest on how and why relationships may encourage toxic behaviour in people such as dishonesty, abuse of power, mobbing, parasitism. Verena Aebischer studied in Basel, London, Geneva, and Paris, where she earned her Ph.D. at the Ecole des Hautes Etudes en Sciences Sociales. She has been the beneficiary of grants and awards from the European Union, Swiss National foundation, various French ministries, French-German Youth office and enjoys collaborative ties with national and foreign universities. She has also been a consultant to private and public organisations and ad-hoc reviewer for books and journals. 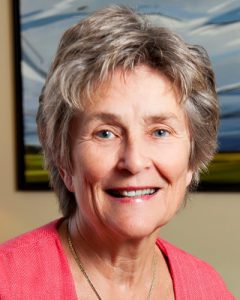 Cameron, Dr., Christina is a professor within the School of Architecture and also holds the Canada Research Chair in Built Heritage at the University of Montreal where she directs a research program on heritage conservation. She studied literature at the University of Toronto and holds a M.A. in Museum Studies from Brown University and a Ph.D. in the history of architecture from Laval University in Quebec City. She previously served as a heritage executive with Parks Canada for more than thirty-five years, serving as director general of National Historic Sites and secretary to the Historic Sites and Monuments Board of Canada. She has worked with the World Heritage Convention since 1987, chairing the Committee in 1990 and 2008 and co-authoring Many Voices, One Vision: The Early Years of the World Heritage Convention (2013). She is President of the Canadian Commission for UNESCO and Chair of the Advisory Committee on Official Residences of Canada. In 2007, she received the Outstanding Achievement Award of the Public Service of Canada, the country’s highest recognition for public service, and in 2014 the Gabrielle Léger Medal for Lifetime Achievement in the cause of heritage conservation. In December 2014 she was appointed as a member of the Order of Canada. 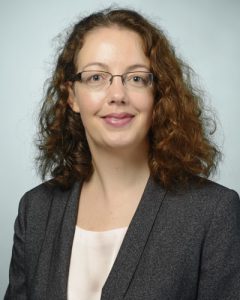 Dr Cave holds a Ph.D. in Zoology from UCD with a focus on conservation biology. Her work centres on protected area management in view of globalization and sustainable development. Her most recent project ‘Building futures: Irish/ Kenyan collaboration’ involves a multidisciplinary team from UCD working with Samburu tribe members from Kenya to respond together on issues of sustainability, especially climate change, environmental degradation and water scarcity. Claire participated in the development of the global training strategy for UNESCO World Heritage and was a member of the expert advisory panel to the Department of the Environment, Heritage and Local Government on developing Ireland’s Tentative World Heritage List. Claire co-authored the book ‘World Heritage Conservation: The World Heritage Convention linking culture and nature for sustainable development’. She is a member of ICOMOS, EUROPARC Federation & Environmental Sciences Association of Ireland. 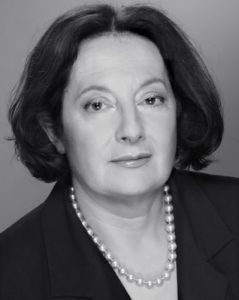 Droste, Prof. Dr., Magdalena is a professor and former holder of the Chair for Art History at Brandenburg University of Technology Cottbus Senftenberg since 1997. She studied art history and German studies at the Rheinisch-Westfälische Technische Hochschule Aachen (RWTH Aachen) and the Philipps University of Marburg, completing her Ph.D. there in 1977. From 1980 to 1997 she was an academic assistant at the Bauhaus Archive in Berlin. Droste has authored and edited numerous publications on the subject of Bauhaus and the history of 19th and 20th century design. She is a distinguished expert in the field of the musealization of heritage and the restitution of art.

Harris, Dr., Jennifer is an Adjunct Research Fellow in Cultural Heritage at Curtin University in Western Australia in the School of Design and the Built Environment. She holds degrees in literature (BA Hons), film theory (MA) and Cultural Studies and Heritage Studies (PhD). She has a background in both print and television journalism. She has served on the Australian National Committee for ICOM and the Executive Board of ICOM’s museology committee, ICOFOM. Her research interests include popular culture, intangible heritage, human rights and visitor experiences in museums and heritage sites. 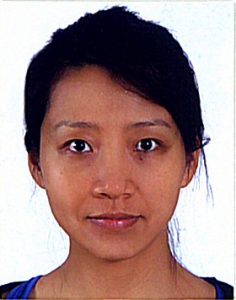 Kong, Dr., Ping is the founder of Heritage & Education Consulting GmbH and she acts also as an advisor for World Heritage Institute of Training and Research for the Asia and the Pacific Region under the auspices of UNESCO (WHITRAP) and has been a visiting professor at Brandenburg University of Technology Cottbus-Senftenberg (BTU-Cottbus).

She studied urban planning and completed her Ph.D at Delft University of Technology with a focus on social quality and living heritage. She has been working with UNESCO, ICOMOS, Asian Development Bank and other international as well as national agencies in the field of heritage conservation and urban development. She has led the UNESCO capacity building strategy for Asia-Pacific and delivered various capacity building activities for a wide range of audiences. She is recently devoted to synergize heritage assets with educational programs with an aim to foster the global citizenship of future generation and encourage community participation in sustainable tourism. 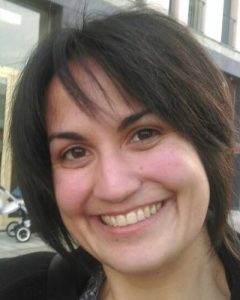 She has a wide range of work experience abroad and in interdisciplinary cooperation. Her research and scholarship addresses historic urban landscapes and their resource efficiency, spanning the fields of architecture, urban planning, law, environmental management and computer sciences. She is particularly interested in urbanization processes to define the use and conservation of urban resources, in relation to heritage-designations. Ana Pereira Roders is the founding co-editor of the Journal of Cultural Heritage Management and Sustainable Development (Emerald, UK). She presented in 2015 at TEDxHamburg “How cities become resource efficient”. Dr. Pereira Roders is co-editor and also a member of the editorial advisory board for this publication. Currently she is a governing board member for the International Center on Space Technology for Natural and Cultural Heritage at the Chiese Academy of Sciences. 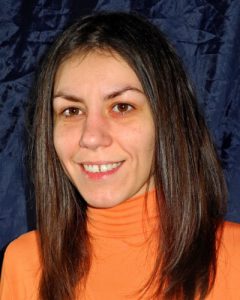 Prodan, Ph.D., Anca Claudia is an early career researcher serving as consultant at the Institute Heritage Studies, and at the Latvian Academy of Culture.

She studied in Romania and in Germany and holds degrees in Philosophy-Anthropology (B.A.), World Heritage Studies (M.A.) and Heritage Studies (Ph.D.). She previously served as research associate and lecturer at the Brandenburg Technical University Cottbus-Senftenberg, where she carried out activities related to the subject heritage. Anca initiated academic research on the UNESCO Memory of the World Programme (MoW), and she conceptualized and coedited the first-ever academic publication on this subject, The UNESCO Memory of the World Programme: Key Aspects and Recent Developments. She also provided support activities related to the UNESCO Recommendation concerning the preservation of, and access to, documentary heritage including in digital form, and she is a corresponding member of the Sub-Committee on Education and Research of the MoW Programme. Her current research interests include digital heritage, heritage theory, the philosophy of preservation, and the relationship between heritage and human rights. 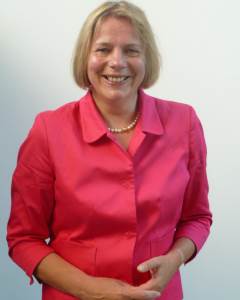 Ringbeck, Dr., Birgitta is the cultural expert for the German Delegation to UNESCO´s World Heritage Committee at the Federal Foreign Office. She studied art history, archaeology and ethnology in Münster, Bonn and Rome. From 1990 to 1997 she headed the Department of Preservation of Regional Traditions and Culture at the Nordrhein-Westfalen-Stiftung, a foundation for the protection of nature, local heritage and culture. Then, until 2012, she was the director of Supreme Authority for the Protection and Conservation of Monuments at the Ministry of Construction and Transport in North Rhine-Westphalia, and has served intermittently as the delegate of the Standing Conference of the Ministers of Education and Cultural Affairs of the Länder in the Federal Republic of Germany at the UNESCO World Heritage Committee. Ringbeck is a member of the World Heritage Committee, the Council of ICCROM, the German Commission for UNESCO, the German World Heritage Foundation, ICOMOS, ICOM and TICCIH. Her primary fields of expertise are monument conservation, World Heritage and World Heritage management. 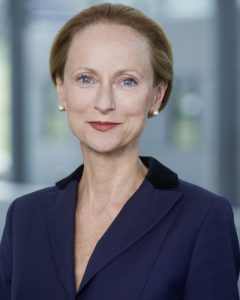 von Schorlemer, Prof. Dr. Dr., Sabine is the holder of the Chair of International Law, EU Law and International Relations at the Technische Universität Dresden (since 2000) and of the UNESCO Chair in International Relations (since 2009). She studied law, politics and history of art with a degree in cultural heritage law (Ph.D.) from the Universität Hamburg and a habilitation from the LMU Munich. For seven years von Schorlemer was a member of the advisory board on UN Politics of the German Federal Foreign Office and the Chair of the Peace and Development Foundation (SEF) from 2006-2011. From September 2009 to November 2014 von Schorlemer served as the Saxon State Minister for Higher Education, Research and the Fine Arts. She is a member of the presidency of the German United Nations Association (DGVN), the council of the German Foundation for Peace Research (DSF), the German Commission for UNESCO (DUK) and the advisory board “Patrimonies” of the Gerda Henkel Foundation. Schorlemer was nominated as an independent expert by the UNESCO Director-General (2003/04) and formed part of the German delegation in the Paris negotiations on the Convention on the Diversity of Cultural Expressions (2004/05). Among others, she contributed to developing the new strategy of UNESCO on the role of culture in armed conflict (“Responsibility to Protect” as applied to Cultural Heritage). As a member of the Cultural Heritage Law Committee (now Committee on Participation in Global Heritage Governance) of the International Law Association (ILA) since 1992 and of the working group “Archaeological Cultural Heritage” of the German National Academy of Sciences Leopoldina, Schorlemer’s broad research activities focus on various topics of safeguarding cultural heritage in peace and armed conflict. 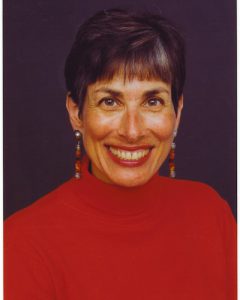 Silverman, Dr., Helaine is a Professor in the Department of Anthropology at the University of Illinois and Director of the Collaborative for Cultural Heritage Management and Policy (CHAMP). She is a member of Forum-UNESCO and an Expert Member of ICOMOS’ International Committee on Archaeological Heritage Management (ICAHM) and ICOMOS’s International Scientific Committee on Cultural Tourism (ICTC). Her research focuses on cultural politics in terms of the cooperative and conflictual production of archaeological monuments and living historic centers as heritage sites for visual, performative, economic and political consumption as undertaken by national governments, regional authorities, local administrations, community stakeholders, and the global tourism industry. Most of her research around these issues is conducted in Peru. In addition to her own authored works on cultural heritage, tourism and museums, she is the editor/co-editor of these books: Archaeological Site Museums in Latin America (2006), Cultural Heritage and Human Rights (2007), Intangible Heritage Embodied (2009), Contested Cultural Heritage (2011), Cultural Heritage Politics in China (2013), Encounters with Popular Pasts (2015), Heritage in Action( 2017), and Heritage of Death (2018). She serves on the editorial boards of American Anthropologist, International Journal of Heritage Studies, Heritage & Society, World Art and Thema. She is the editor of two book series: “Heritage, Tourism, and Community” (Routledge) and “Multidisciplinary Perspectives in Archaeological Heritage Management” (Springer). 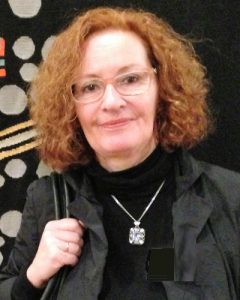 Ströter-Bender, Prof. Dr., Jutta is a professor at the Institut für Kunst, Musik und Textil (Institute for Art, Music and Textiles) at the University of Paderborn. She studied art education, history and pedagogy (of the third world) at Goethe University Frankfurt. Her research interests include mythology and media culture, painting and cultural philosophy, cultural heritage, World Heritage education, art education, intercultural studies, questions of gender and colonial studies. Ströter-Bender publishes the E-Journal for World Heritage and arts education and is a consultant for educational strategies for World Heritage sites. In 2002 she received a research prize from the University of Paderborn for her work in World Heritage education and in 2007 received another award from the Ministry of Education and Research. In 2017, she helped organize “Childhood in Danger” which highlighted the lack of representation of work created by children and adolescents within the Memory of the World register.