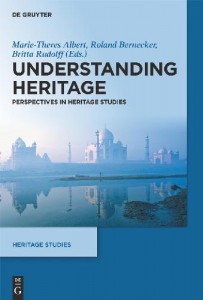 In 2012, UNESCO celebrated the 40th anniversary of the World Heritage Convention as well as the 20th anniversary of the Memory of the World Programme. Together with the Convention for the Safeguarding of the Intangible Cultural Heritage adopted in 2003 and the Convention on the Protection and Promotion of the Diversity of Cultural Expressions (2005), these agreements form a comprehensive normative set of instruments to be able to value and protect the diverse heritage of humanity.

The first volume introduces the manifold levels of meaning of the concept of World Heritage and the discourses and perspectives that emerge from various scientific disciplines (such as anthropology, archaeology, architecture, ethnology, historic preservation, ecology, art history) and likewise the interdisciplinary approaches from the social and cultural sciences for the construction of World Heritage Studies. In contrast to a four-volume series, which appeared in the first decade of the 21st century and analysed the Convention in terms of its potential for effectively protecting and sustainably using World Heritage, this second series, as Albert writes, deals with new epistemological approaches, with the goal of examining the heritage of humanity in the context of current developments (globalisation, migration, medialisation) and to find answers to new challenges.

The twelve contributions are divided into four themes. In the first topic, “A Shift of Paradigm in Interpretation and Identification”, N.A. Silberman outlines a 4000 year old tradition to decipher and convey the meaning of ancient cultural sites, historic squares and monuments as well as landscapes. Only recently – in circumstances of war, border conflicts, urban renewal, gentrification, migration, dispossessions etc. – has a greater awareness of interpretation conflicts and controversies developed, so that a social, economic and symbolic change in values of cultural heritage also calls for new theoretical paradigms. For example, the spread of neoliberalism with its medialisation and consumer orientation steered by “vested interests and technocratic expertise” has promoted a concept of World Heritage sites as nostalgic entertainment venues, which irrespective of their historical and universal value are primarily regarded as sources of income, i.e. a commodity. In contrast, Silberman takes a stand on the basis of Habermas’s ideal of a “rational public discourse” for a paradigm that understands the interpretation of cultural heritage as a process (and not as a product), which should be supported by civic engagement, by group activities of the respective community and by cooperation of experts as well as non-experts.

W. Logan pleads for an explicit human rights approach in the management of World Heritage sites in accordance with various UN initiatives. This involves, among other things, the role of local communities, especially indigenous peoples, in the identification, interpretation and management of their heritage. It also goes into the possible abuse of heritage for strengthening the power of elites and dominant ethnic groups and economic interests, and involves the determination of rights and obligations and the involvement of all participants / stakeholders in projects or interventions, regardless of their position in power structures. Additionally, it deals with the intangible cultural heritage, as it presents itself in cultural customs and the cultural identity of many ethnic minorities, which often comes into conflict with regional and national interests; as well as aspects of social and environmental sustainability. At the same time, universal human rights are not regarded as the be-all and end-all. In particular, the relationships between individual and group rights are difficult to clarify. Some states reject these rights as being too “Western”. Conflicting human rights (e.g. cultural rights vs. discrimination against women and children) also emerge. It is clear that the preservation of cultural heritage goes far beyond technical issues, raising fundamental philosophical and ethical issues.

J. Smith outlines the importance of the theory and practice of the relatively new heritage area of cultural landscape for the entire field of World Heritage. The close link between nature and culture, also in the person itself, who develops from objective observer to engaged participant and experiencer in this ecological paradigm, is above all an insight thanks to indigenous peoples. This has consequences for the awareness of tangible and intangible aspects of cultural heritage in their complex interwovenness and ambiguous diversity. Smith derives from this a need for an incorporation of cultural heritage in a larger social, cultural, political and economic context, which in turn has consequences for education and training, and for a modified linkage between theory and practice.

2. On the subject of conceptual changes, C. Cameron and M. Rössler trace the origin and significance of the World Heritage Convention (1972) and the late development of monitoring and reporting systems for adequate conservation of cultural and natural World Heritage sites. M. Turner turns to the specific characteristics of historic urban sites in the context of urban growth and (rapid) change, outlining possible conflicts between conservation and city development and presents the origin of various UNESCO, EU and other declarations and documents, especially the Recommendation on the Historic Urban Landscape, which are able to grasp the complexity of the criteria to be considered and the involved disciplines, institutions etc.

A. Pereira Roders and R. van Oers focus on the weaknesses of previous analyses of the impact of various development and transformation processes on the preservation of cultural heritage, and they present analytical matrices, that comprehend the significance of the sites, meaning their outstanding universal value and their central components (broken down into eight variables: social, economic, political, historic, aesthetical, scientific, ecological and age). Finally, it offers a scientific basis to more accurately identify the relationship between the factors that threaten World Heritage and the central components (attributes).

3. Within the subject of “Understanding Heritage – Beyond the Construction of Meanings”, M. Dormaels confronts the term “heritage” and its nuances of meaning with (earlier) part-synonyms such as “masterpiece”, “historical monument” or “patrimony” and compares this with (seeming) equivalents in French (héritage, patrimoine) and Spanish (herencia, patrimonio/histórico). As a result, the character of the social construct, which is generated by a social group to mark identity, becomes clear and thus requires an interpretation as well as an understanding of social, cultural and historical contexts.

By means of complex chains of reasoning, A. Cummins deals with the fragmented character of Caribbean heritage and the fragmented Caribbean identity and analyses the museological representation of a colonial-penetrated-knowledge (“coloniality of knowledge”), which is also reflected in all historical discourses. Thus, the cultural heritage of the Caribbean has only the colonial/imperial in view – to the suppression of indigenous Indian as well as African heritage. She see the possibility of including this made-silent, -invisible and -mute, often masked and marginalized heritage mainly through “performances”, which are capable of presenting the heritage in participatory, disturbing ways that destabilise hegemonic and universalised certainties in tangible as well as intangible forms.

T. Lipp turns specifically to the recording/medialisation of the intangible cultural heritage, i.e. practices, representations, expressions, knowledge and skills (to which also belong instruments, objects, artefacts and cultural spaces), which communities and groups view as part of their cultural heritage and which they constantly recreate through interaction with their environment, nature and their history. He covers a series of complex theoretical and practical problems, which appear in “materializing the immaterial” and pleads for the development of multi-disciplinary cooperation, for greater possibilities of self-representation and for more face-to-face exchange among the creators of intangible cultural practices.

4. As part of the fourth subject area, challenges of new media, A.C. Prodan emphasises the qualitative and quantitative importance of documented knowledge (defined as information plus information carrier) and its base, the UNESCO Memory of the World (MoW) Programme (1992), but she sees this significance in contrast to the real neglect and lack of publicity as well as professional attention. To encourage a deeper reflection on the strengthening of its importance, she engages on a theoretical basis with relations between science (-community) and collective memory, documentary heritage and oral traditions, free or monopolised access to knowledge and the ambivalent role of digital information carriers/Internet.

G. Koch discusses the importance of the digital era and corresponding media research for cultural heritage research. She develops an analytical scheme based on F. Barth’s “Anthropology of Knowledge” (2002), which divides culture into three facets (reservoir of knowledge as well as its media representation and social organisation) and extends his perspective on the concept of re-medialization – demonstrated by two examples – in order to stress the central importance of media as a driving force – not only for social change, but also for a possible (re-)vitalisation of cultural heritage and cultural productivity of a social group.

A. Halsdorfer questions the meaning of the Internet for the UNESCO-goal of safeguarding intangible cultural heritage, which should at the same time be traditional, contemporary and vital and encompass digital, virtual as well as new heritage (a term that should refer to social, economic and political contexts). She advocates that not only traditions that are kept alive in communities be taken up, but also those that are used as a source for (also digital and virtual) new creations. This should take into account the fact that cultures are not static (and conservable in their original state), but rather dynamic and thereby subjected to interpretive and performative transformation processes in the context of social change.

Overall, the contributions provide an important theoretical and paradigmatic basis, which enriches the World Heritage debate by critical aspects that give depth to reflections made so far and at the same time broaden the context and call into question some paradigmatic matters of course. Even though it is clear that the contents serve for the internal communication and training of World Heritage-concerned experts and convey to them this very insightful knowledge, this study also offers an enlightened and interested public glimpses into a field, which – as the heritage of all humanity – concerns everyone. 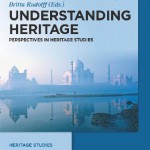