Dozens of frontier passes were built at critical intersections along China’s Northern Silk Road (CNSR) dating back to 114 B.C. To understand the defense and trading systems in ancient times, in this study, a scale-optimization archaeological predictive model based on binary logistic regression (BLR) was proposed to investigate the spatial pattern of frontier passes along the CNSR corridor. The results demonstrated that (i) a culture clustering phenomenon is evident, in particular in regions that cross the 400-mm precipitation line; (ii) regions with a high–medium probability of site occurrence are assembled along the Great Wall and CNSR routes (particularly in the western section), revealing the potential of the developed model for reconstructing Silk Road routes. 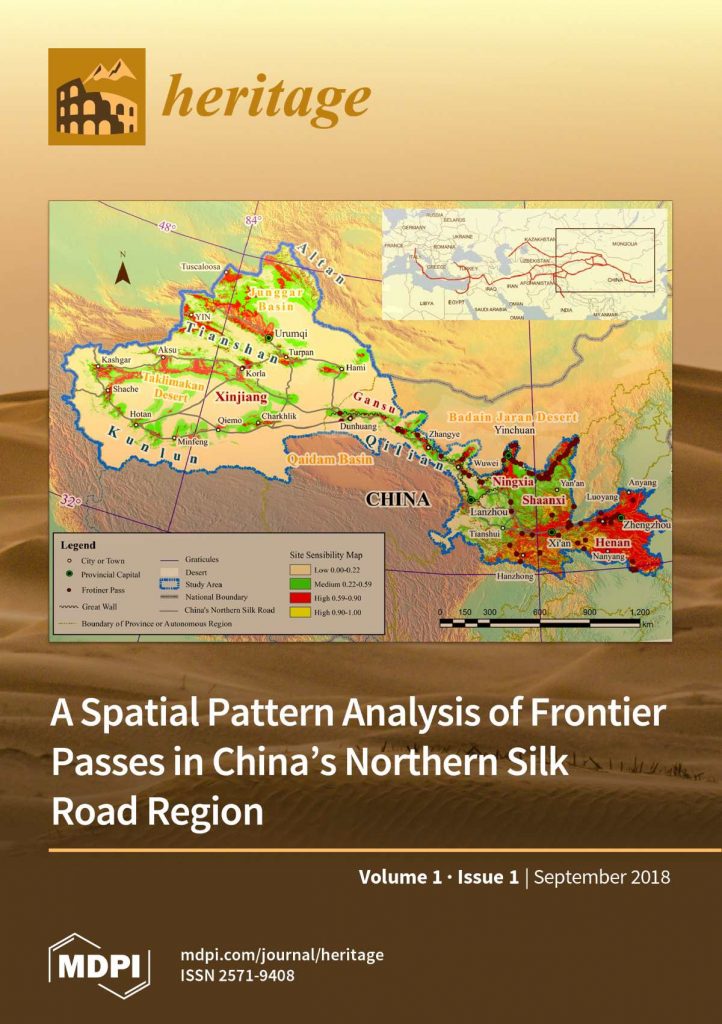